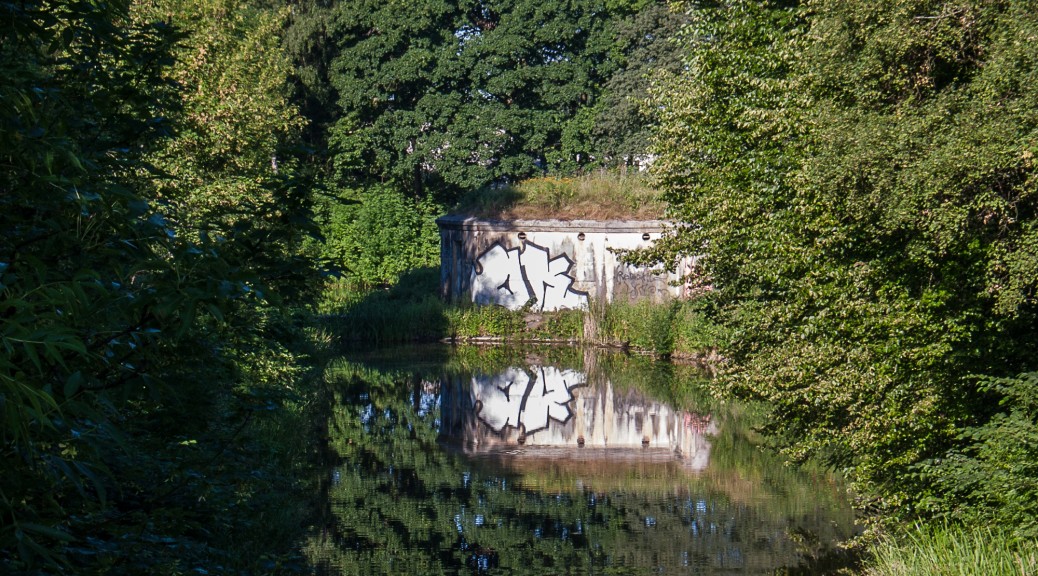 In the aftermath of the defeat to the Prussian army in 1864, and loss of a huge chunk of the southern part of Jutland, danish politicians decided to build the third fortifications of the Capital to be able to at least save the government, royals, and culture if aggressors again should succeed in overrunning the Danish military.

Today the fortififications provide the backdrop for a recreational ride around Copenhagen.

The fortifications were built between in 1885 and 1892, and consisted of a series of heavily armed forts along the coasts, and a wall on the western side of Copenhagen reaching from the southern coast to the eastern.

Being one of the largest, and also one of the best preserved, military structures of its time is worth while a visit. Military history aside, today it is a green belt stretching all the way around Copenhagen. Most parts of the fortifications were decommisioned in 1920 as longer rangeing canons rendered it obsolete, and today, the forts and wall stand derelict, mostly used for recreational purposes.

The best part is that you can cycle along, and some times even on the fortifications, on nice paved – and many places even lit – paths all the way from the coast of Avedøre in the south to the lakes and swamps of Utterslev in the north and further east to the coast at  Svanemøllen or Charlottenlund (the latter famous for its upmarket harbour restaurants).

The full route is 40-some km, but you can take the s-train back into town at Avedøre, Brøndbyøstre, and Husum, just as you can start your trip at those stops. Bringing the bike on the S-train is free for any ticket holder, as are children (and their bikes) in company of adults. Alternatively, just turn inwards to the city at any major road crossing the wall.

The Western Wall has a visitors centre located in the part that was decomissioned by the military as late as at the end of the cold war, where nuclear bomb proof bunkers had been added to the Wall. It is situated at Jyllingevejen.

Some kms south of the Visitors centre, you find a row of cycling playgrounds with all sorts of challenges for riders of all ages.

The military still holds the camp at Svanemøllen, making it inaccessible, but  some of the other military camps have been put into new services. In Avedøre, 500m towards the city from the Wall, the former military camp is home to the film studios of the Danish movie auteur Lars von Triers Zentropa.